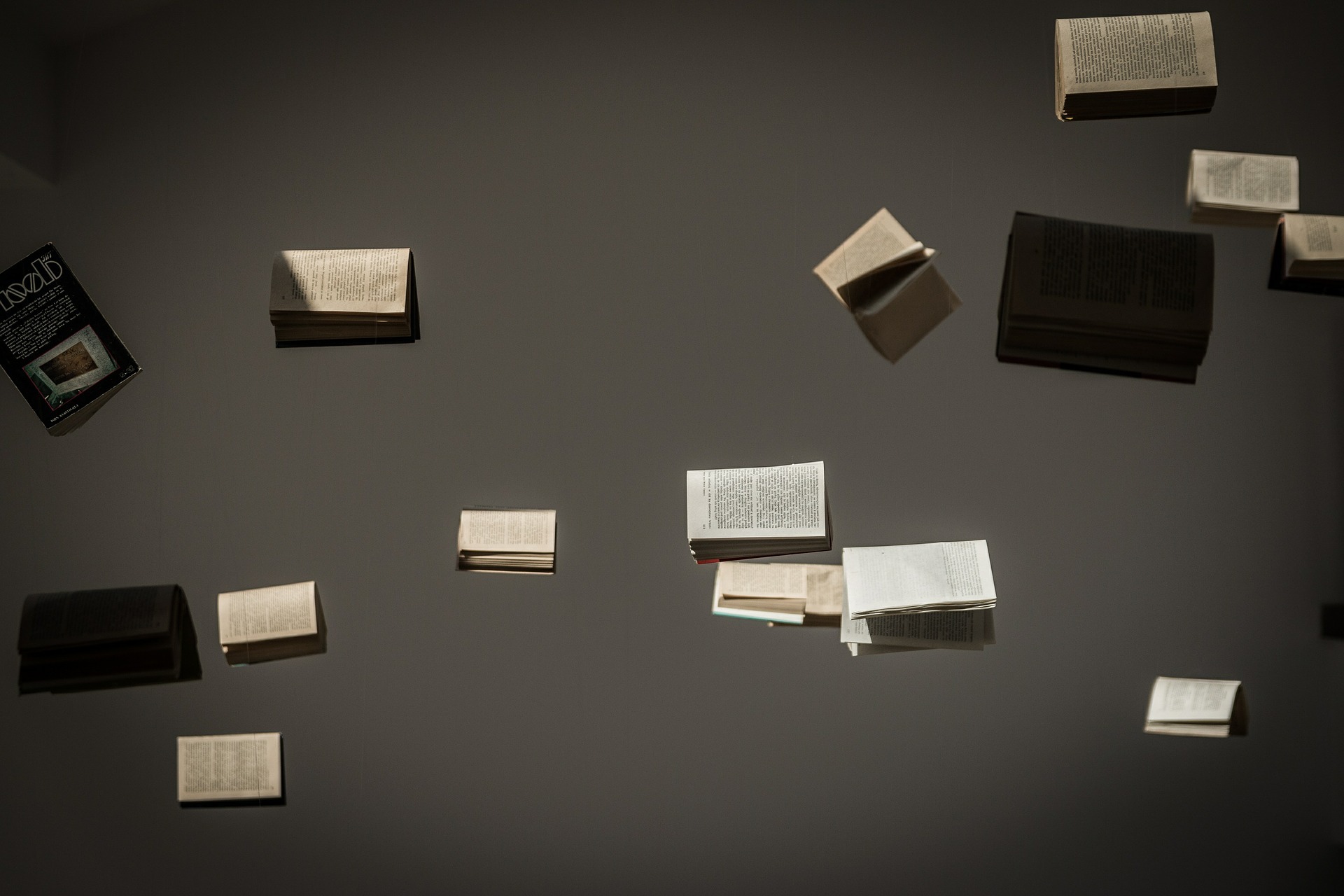 When you’re thinking about what motivates people when developing your ideas around narrative, film, gamification and gameful design, one very important concept to give due consideration to is knowledge scarcity. I find this area so important that I’ve outlined 7 points that I think you should know about if you don’t already, and which you should consider and reflect upon when you’re either creating your own, engaging in, or reviewing a project.

Knowledge Scarcity is not a lack of knowledge, or rather it is not ignorance. Nor is it the willful disregard of information. No, knowledge scarcity, in this case, is knowing that there is an unknown, knowing that there is information lacking, that could give a fuller picture. Knowledge scarcity is having the knowledge that something is missing and wanting more to fill that hole.
The importance of understanding that difference is that knowledge scarcity is more about incomplete information. You have some of the pieces of the puzzle, which allow you to infer, deduce or create a hypothesis. That act gives you a base of safety to move out from, a sense of empowerment of knowing a little, just enough to boldly go where you haven’t been before.

2. The Different Forms of Scarcity

The concept of Scarcity is found in many different fields, such as economics and game theory. And the two most prevalent forms of the concept of scarcity in game theory are:
Imperfect but Complete information & Perfect but Incomplete information.
The first concept, Imperfect but Complete information, is the most common experience that we all have with scarcity in games. Examples are card games like Poker, or strategy games like Chess or PC games like Blizzards StarCraft. In all these games, either all the pieces are visible to both players or both players are fully aware of what the other person could have. Chess we can see all the pieces, in Poker or StarCraft we know that there are 52 cards or that there are only so many units to choose from. But what we don’t know in any of these games is how the opponent will choose to play, what permutation will be chosen and what their intentions are.

The second, Perfect but Incomplete information, is the least common of the two, in fact, it is uncommon, even rare maybe. Imagine the finals of a game of chess or perhaps the finals in a StarCraft game. We’re somewhere in the middle of the game, both players know everything about the board or map. They’ve scouted, prodded, probed and recognized what the other is trying or about to do. However only one of the two players know of an event in the future, that may only affect them, and may not even affect the victory condition for the other player. But it will affect how they play the game and what their outcome will be. Perhaps they made a side bet that they would win the game only using the bishop or only using a Protoss Zealot.
Games with incomplete information are uncommon but it is useful to be aware of the concept because it does remind us of personal goal setting and different forms of motivation.

As we know scarcity is an area that has been extensively researched, especially in the field of economics. And one of the main concepts that have arisen from it is perception bias. Scarcity naturally creates perception bias, that which is lacking appears to become more valuable. While researching this, I came across an experiment that has since become known as the Cookie Experiment. To summarize this experiment quickly, groups of people were given a number of cookies, some were given an abundant supply, some a small or scarce supply and others were given a supply that diminished actively or was told had been diminished. The outcome, in short, is that the people who were actively told or saw their supply diminish rated the value of their cookies higher than the others did, despite the fact that all cookies were created equal. What this experiment proves is that we as humans naturally attribute value (even unwarranted value sometimes) to those things we perceive as not readily available. In addition to this lack of availability also comes uniqueness, something that is unique is by definition rare and not readily available.
What these two concepts provide is that informing individuals of the concept of scarcity and rarity is enough to create value for that information, resource or item in their minds. And with that knowledge, they will want to have it, see it or experience more of it.

Scarcity promotes a sense of challenge, something to overcome. You have less now, but if you work hard, or participate in this, or win that, you’ll have later. Rarity adds to this because it means it’s hard to come by, therefore even more valuable and definitely worth the challenge. Scarcity then creates the environment of challenge and the requisition of effort. But that alone is sometimes not enough, especially if we’re looking at individual experiences versus collective experiences. Scarcity can thus also promote competition. This is self-evident, especially when it comes to objects or resources. In a situation with a group or different groups, the challenge becomes a competition of who can secure the most. One of control and agency.
The point is that scarcity can be a tool, that in conjunction with the competition, can be used to push people past their boundaries. This the idea that imposed limitations can bring about creativity, mastery, and motivation.

5. Scarcity As A Positive

Scarcity, especially in the realm of information and knowledge can be seen as a positive thing. Knowing that you don’t know something leads you to want to know more. And continual learning is a very positive activity, it keeps you young and your mind agile. Not knowing also gives you motivation, which is a positive emotion, a sense of purpose, a direction or goal to move forward to. With that, it also gives you a sense of hope. And that is the most important sensation because with hope you can increase an individual’s sense of motivation, their need to know more, because they will hope that whatever is unknown out there will be better, more useful, stronger, more efficient, etc… than what they currently have. That hope is a quintessential driver.

That driver of hope is what leads to exploration and feeds interest. The analogy of the early European colonizers is probably a good one for this. They knew there was an ocean, they knew they had a ship that could probably traverse it, all the needed to do was to find out whether there was more to what they knew. That is the intrinsic need to know more than you do right now.
Exploration is a key factor in games, uncovering what is in the fog of war, or exploring every nook and cranny to find an elusive item, or getting an explorers achievement for it. It’s also depicted in a very visual manner, we always know there’s more in the unknown area, we can see it’s there, we just don’t know what’s in there yet, or what’s hiding to surprise us in that unknown area.

Surprise is another great motivator. Usually, it’s related to a positive surprise, in discovering a new helpful item that you didn’t know about, but helps you immensely, this is a positive surprise. Or discovering an unknown and previously lost area, your very own El Dorado. All these have a euphoric effect and are very enjoyable because not knowing something can create anxiety. This is what I refer to as the cause and effect of scarcity. It is a cathartic experience of going from not knowing to now knowing, it is the release of anxiety, followed closely by the sensation of closure from receiving information.
The strange thing about this cathartic experience is that when it comes to scarcity and discovery in games, films, and narratives in general, it is something we enjoy doing far more in those mediums than we do in our daily, real-world lives. And this relates to a previous point we went through. The difference sometimes is that if we have scarcity in our daily lives, it is usually accompanied with a sense of complete lack of information and uncertainty, which is distressing is a negative emotion. Whereas in games and films, we either know internally or instinctively that we can find our way home from the wilderness or that around the next corner there are more resources, or that if the hero just traverses the chasm they will be safe. Perhaps if we could instill some minute form of certainty in our daily lives we would be a little bit more adventurous, a good example of this is Augmented Gamified Experiences or Alternate Reality Games. These aid people in pushing themselves to discover more and be surprised at what they’ve learned and what they can do. And that’s something we can all do with.