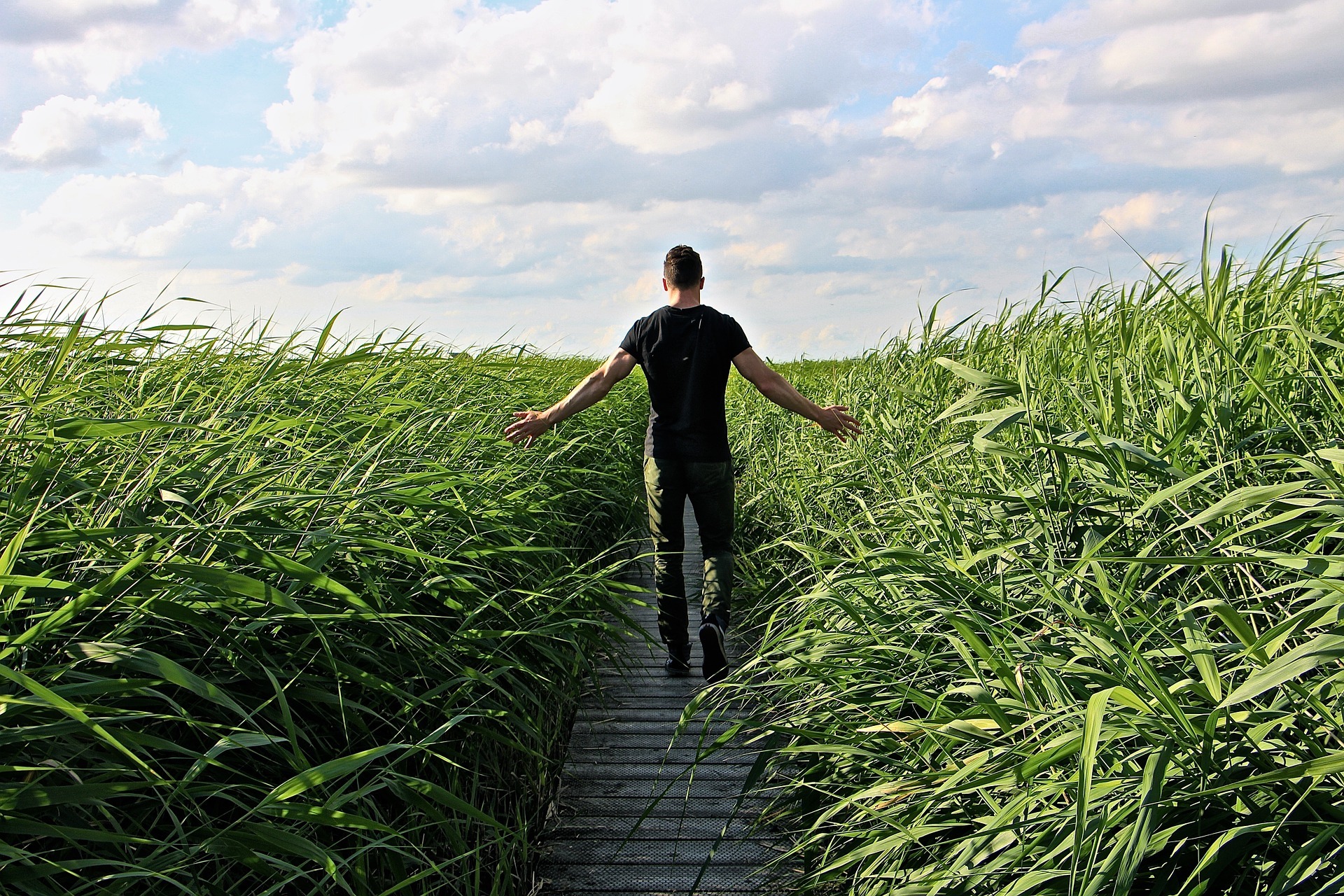 How can gaming help you in the fight against Cancer?

Fighting any disease is tough. It’s hard for the individual and it’s hard for those around them. One disease that everyone struggles with is cancer. I myself have had to deal with it in some way, either with family members or friends. But one way that you can help those that are fighting it or if you yourself are fighting it, is by playing games.

Playing games? I hear you cry out. Yes, playing games. You can play any game and it will help, but the most effective ones are those that immerse you completely in the world they present you. Video games offer full immersion, removal from harsh reality. And if you are lucky enough to have a VR system, then that is even better.

It’s not only the immersion that helps you or others with fighting cancer, taking your mind off things, but it also helps those who struggle with the disease to understand it better. Knowledge and comprehension of the disease and the process are very effective weapons in the battle against cancer.

Rationalizing the struggle with enjoyment

The word and concept of rationalization do have some negative undertones at times, but it does help you in fitting something that you don’t fully understand yet into a worldview that you can understand. And that is something you need to do when you are diagnosed with cancer so that you can fight it more effectively.

Children or teenagers who already have a tumultuous emotional world, need this type of understanding more than most. Being given news of something that they only understand as a death-sentence (thanks to popular media) is harrowing. If they are given a game that depicts what is happening to them, inside their body, then they can fit this into their worldview.

But that view isn’t only true of younger people, it’s also true for adults. We as adults also have difficulty grasping emotionally laden news. And we can also benefit from it being shown to us in a visually interactive and enjoyable setting.

Once you are taken into a game, a great many positive effects can and will happen to you. One of the things, as I’ve mentioned before, is that the game can take your mind off what is happening to you. It helps to engage you and focus on positive activities, like saving the world, battling the evil monster of a kingdom or defeating some hidden underworld organization that’s up to no good.

Surprisingly, playing games aren’t the only way to get these positive feelings, learning to design, code and developing a game also concentrates the mind by using a skill and aiming for a goal. It gives you something to strive for, something to hope for. And it also delivers a product for others to enjoy, giving back to the community.

Games allow people to relate, and relatedness is a core driver of intrinsic motivation in us. You want to keep fighting, if only to keep playing that game with friends and family, to talk about what you experienced together in the virtual world or to finish that epic quest on your own. It’s an empowering experience.

By interacting and playing something fun, you are actively engaged in healing yourself and/or others. Many people may say that sounds a bit wishy-washy, positive thinking helping heal people. But it has been proven through research that those that have positive experiences, like those that video games can offer, have a higher chance of survival than those that don’t have them. As this quote from the Polygon.com article about the healing power of games shows:

“you know, fun shine[s] forth in somebody when they start to engage in something creative.”

Playing games isn’t a cure, no, but it is a method, a road to recovery and better health.

The rehabilitation of fun

Playing games to create positive experiences while fighting cancer and winning is one thing. You need to make sure that win is a lasting one, though. And many do struggle to come to terms with what they’ve gone through during their battle. Games can also help with the road to recovery as well.

For children, there exists the concept of play-therapy. Where through creative activities they are helped with understanding and coming to terms with their traumatic experiences. I say for children, but it does exist for adults as well, it’s just not as widely known.

What play-therapy offers is a creative outlet for the traumatic experience and a way to internalize what you and others need to do to fully recover.

Games not only offer tools to intellectually understand the fight against cancer, but they also offer tools to directly fight it. Games can help you with your personal health care and adhere to treatment regimes.

The hardest thing for many is to stick to the program that helps them beat cancer completely, and games can help you with this:

Though you may be thinking, what if you’ve gone through surgery, but still need therapy to combat possible cancerous cells. If you’re having to go through chemotherapy then as I’ve said games can help distract you or focus your mind on reducing stress and nausea associated with chemotherapy.

But chemotherapy does leave a lasting effect, it is a form of chemical poison entering your body. And many do suffer from what is known as ‘chemobrain’ after their treatment has finished. The symptoms of Chemobrain are signified by memory and attention loss, after lengthy chemotherapy regimens.

Chemobrain can also be fought, with the help of games. Research has shown that playing brain-training games, during and after chemotherapy can help combat memory and attention loss. So, playing your favorite soduko app, or the crossword puzzle on your tablet is also good for you.

One thing I do need to say with playing these games is that they need to be easy for you. And I don’t mean easy as in you can finish them in 5 minutes and feel unfulfilled. No, they need to be easy in that they don’t tax you physically. Fighting cancer is tough enough already, you don’t need to add to it by playing an adrenaline filled FPS that mentally and physically drains you.

Gaming needs to be beneficial and easy to get into. You also need variety. Playing the same thing over and over again is of no benefit to you. A great example of easy to get into and variety is HopeLabs ReMission 2, which is a collection of various games. It’s mostly designed for children, but I think we can all benefit from the experience, the learning, and the research that went into it, regardless of age.

Researching for the fight!

Creating these types of games to combat cancer is not an easy task. It requires a lot of work, and it needs a lot of cooperation between various industries, like the software and healthcare industries.

To create a compelling game for treatment purposes takes time, but we mustn’t stop at simply creating the game. We also need to use it to improve treatments in the future. So many people play games today and the research that can be gotten from them is invaluable in improving treatment procedures.

If you wish to help with improving treatment, or aiding in cancer research then there are a few games out there that you can enjoy. One is Play to Cure, another is Foldit, of which you may have heard. Both are excellent in gamifying research and letting you, the gamer, help push medical science forward.

Other games that help with understanding the battle against cancer are “I, Hope”, “That Dragon, Cancer” and “Re-Mission”.

These types of games use the great and vast resource of the community and crowd-sourced research energy if you will. They reduce research time from decades or years to mere months, even CCP’s EVE: Online has a medical research mini-game now. Everyone can take part nowadays.

The importance of games and healing

So many articles online discuss how games help children and teenagers in fighting cancer. But I want you to realize that this isn’t just something that can help the young. Everyone, of any age, can reap the benefits of the positive experiences given through gaming.

Most of us in our 30’s and ’40s grew up with games anyway, some of us are unfortunately still stuck in the stigma or stereotype that if you’re above 35 or 45 and you play games, then you’re wasting your life somehow. I know that concept is true for a few above 55 and 65. But it shouldn’t be, gaming is non-age specific. And having fun should never be seen as a waste of time!

The power of healing that a good game can give you is incredible, even if you are lucky enough to not have cancer, games can still help you to improve your physical and emotional health. Here’s a list of games that you can use for your own healthcare treatment and/or life extension goals.

What games can aid you in is creating a drive that is known as post-traumatic or post-ecstatic growth, as Jane McGonigal terms it in her book SuperBetter. This is where those that have gone through a traumatic experience feel a sudden burst of life and energy, to help, to produce and improve. I recommend you read her book if you want to know more about this transformative experience. And if you’re wondering, you don’t need the traumatic experience to have this positive growth experience either.

But I believe you can also understand others better who have had traumatic experiences, like cancer, and help them get to this positive growth experience if you explore the ideas that Jane McGonigal outlines in her book.

The last few things I want to touch upon for you is how you can help. There are organizations out there that help fight cancer. There are a great many that send donations to research against cancer, but there also those that help the individuals themselves.

One such organization is Survivor Games, that helps teenagers through gaming to get through cancer and help them once they’ve gone into remission.

Another, which is a personal favorite of mine is GDQ or Games Done Quick. The usually run two events each year and they help promote charities that battle Cancer, poverty, depression and many other diseases and problems for humanity.