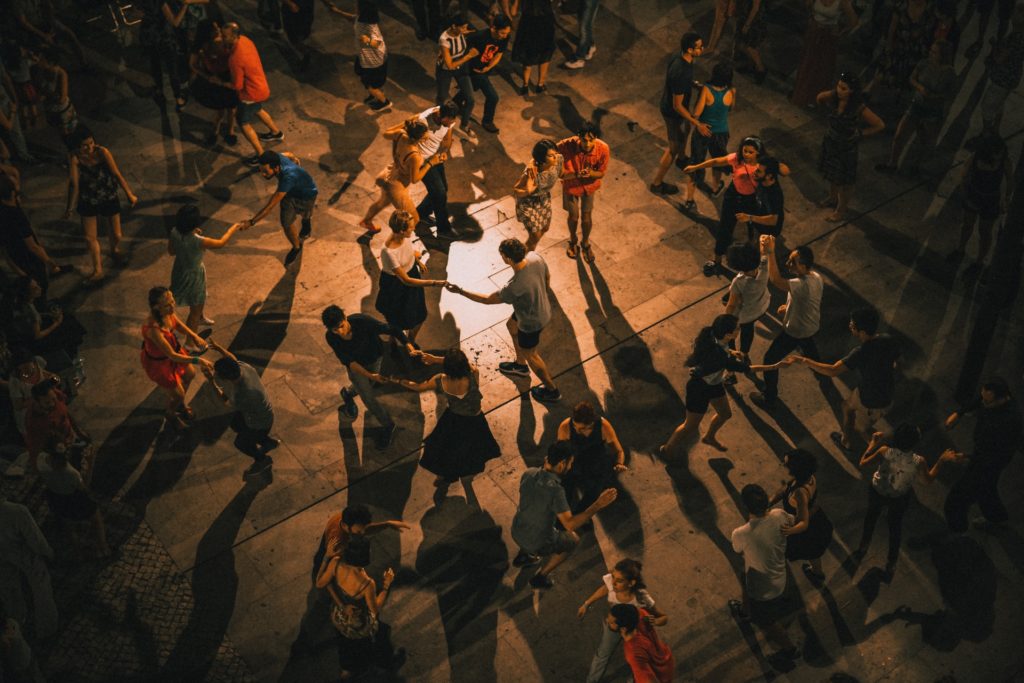 Photo by Ardian Lumi on Unsplash

Every time we leave the house now my partner and I participate in what has essentially become a rehearsed dance routine. I suppose one could call it the COVID Cha-cha-cha. We’ve gone through it a multitude of times now, we follow the rhythm of the beat, the one that the world has imposed upon us. We flow forward and backwards when we can, stop when we must, and do a 1-2 side step when the anti-social and the likely-to-be-infected don’t adhere to the same rhythm.

Every so often though we are greeted by other dance enthusiasts. Though the event usually leaves us in a state of shock and we forget our steps. These people are so few and far between, but at least they remember their routine and deftly circumvent us at the appropriate and socially accepted distances.

Our shock isn’t without grounds though, it seems that the large majority of those out and about in this changing world are either tone-deaf or suffer from some form of rhythmic dyspraxia. The choreography for how we need to act around each other isn’t difficult, considering that children and even monkeys can learn how to do the starting routine from the Charleston.

Yet there seems to be a subset of society where the individuals who reside there have had the music die on them. I’m not sure why, perhaps they’ve been drinking too much ‘whiskey and rye’ during the lockdown, but their ability for rational thought and long term thinking is diminished.

And I wouldn’t call myself a professional dancer, for the most part, I imagine I look like any white male who tries to dance does; someone who hears the music very clearly, but it’s music that is only playing for him. In other words, likely the same sight as an ostrich with a shock collar that’s on the fritz. I do try and succeed to an extent though, and if you have the right dance partner then any faults you have can hopefully be picked up by them and vice-versa.

But so many people seem to not only not care about how they look but also do not care about the dance at all. And this I find is both sad and depressing, not just for me, but for them and all us. Because of their lack of appreciation for the sound of the beat, those of us who have learned to waltz with the rhythm are in some way being penalised. The judges that be are giving us all zero points in our routines, because some people just won’t dance along.

I do have a hope, that as we come to grips with and understand the world as it has become, that we can all learn to listen a little bit more to the sounds of society and at least give it our best shot to try and join in the dance. Afterall being aware of everyone on the dance-floor and not causing harm or hurt but having fun and enjoying the experience is really what it’s all about, right?