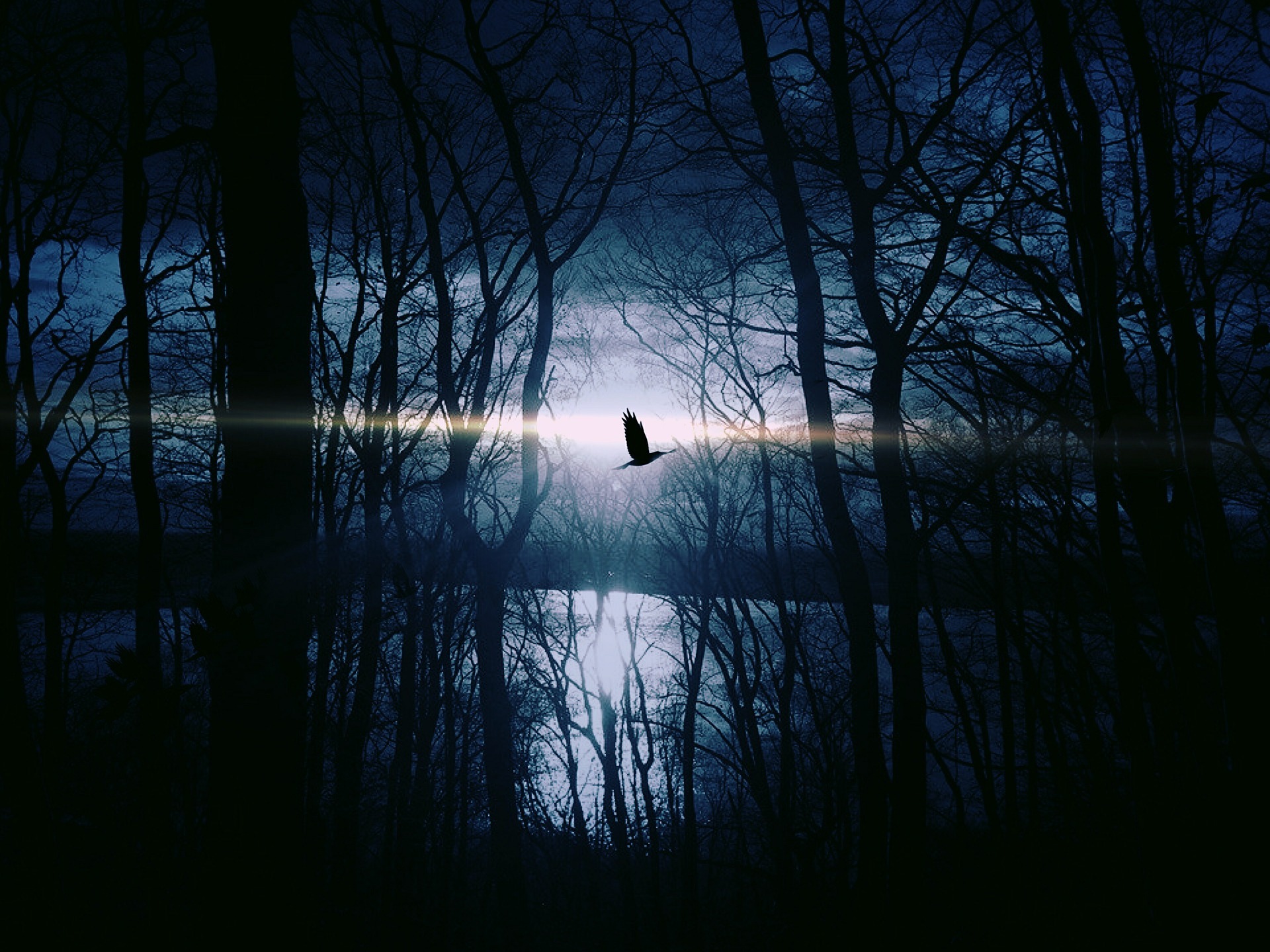 Can gaming & VR help you with combatting traumatic experiences?

Trauma affects a great many people in a variety of ways, some suffer from deep-seated trauma such as Post Traumatic Stress Disorder caused by war or abuse. And others suffer from anxiety and phobias caused by traumatic experiences such as an accident, a loss an attack.

Each needs its own unique and tailored regime to lessen the effects and to aid the individuals in regaining some normalcy to their lives. Often these customized treatments are very expensive and difficult to obtain.

In the world of ubiquitous technology and an ever-increasing speed in visual-based treatments, these personalized therapies are becoming more accessible to the average sufferer.

What I would like to do is take you through some of the beneficial effects that gaming and VR can have on those suffering from trauma, what these treatments sometimes look like and what the pitfalls can be when using them.
I am not a specialist in psychology or trauma treatment, but I feel that increasing awareness of what is out there is beneficial to everyone, and perhaps can help those suffering from trauma to take the first step in seeking help.

To date, a few studies have been done on the effectiveness of gaming and virtual reality gaming in therapeutic treatments. But due to the brief history of both, a lengthy study has yet to be completed. But the one thing that we can be sure of is the first-hand accounts of those that have experienced the benefit of these experiences.

A very basic exercise for those suffering from trauma is to engage in mindfulness or meditation exercises. Meditation guided through a VR system can have very positive effects on an individual’s disposition. Due to the immersive nature of VR, you can let yourself fall away into another world and detach yourself from the real world. It is as though you are “experiencing a virtual Zen garden” dedicated entirely to you.

This effect of letting go and identifying with an external locus is probably one of the most effective attributes of gaming and VR. It is the act of not focusing on yourself, on the memories and cues that cause the underlying trauma, but focusing on and engaging with another character, an avatar, on-screen who for all intents and purposes has led and now leads (through you) another life. This character has its own sense of agency to complete a quest or goal, totally independent from you.

The most effective way that games allow you to let go to offer you a challenge that requires your entire focus. And to enhance this, most games offer group challenges. These are two core drivers in improving positive emotions, personal empowerment, and social relatedness. With individuals who suffer from either PTSD or other deep trauma’s, being given a vehicle that allows easier connections with others helps them to cope with their own trauma’s much better. It takes their mind off what is troubling them and through repetition can even lead to a lessening of symptoms.

Some of the therapies that help in treating trauma and lessening its symptoms are Cognitive Behaviour Therapy (CBT), Exposure Therapy (ET) and Eye-movement desensitization and reprocessing therapy (EMDR). EMDR, or similar type therapies, are the most prominent that come to mind when considering gaming in a mental rehabilitation regime. Exercises that include games like Tetris offer a way in focusing the mind on a task, that requires high mental acuity and quick perception to resolve. While being given the additional task of trying to recall a traumatic when playing something like Tetris, the resulting effect is very similar to EMDR treatments.

Mental acuity is not the only aspect that can benefit from gaming, patients who have experienced severe physical trauma have used the aid of gaming to improve their physical acuity. Those going through physiotherapy to regain the control of hands and fingers have stated that while playing a game on a controller they are at once exercising the right body parts and not thinking about the difficulty of that action.

As with the mental rehabilitation example, the effect of the game is that the individual is no longer thinking about the symptom caused by the trauma, but rather is focused on the challenge external to them. Extending that finger to do that special move so that you can get further in the game is, by comparison, less taxing than consciously focusing on trying to clip clothes pegs with the affected finger set.

What this essentially is a sense of competition to overcome a challenge. And as we’ve mentioned before, doing this in a collective sense increase the positive benefits. Creating bonds with other sufferers and competing actually compounds the positive outcomes of engaging in a gaming activity.

What the game, either on a computer or on a VR headset, allows the individual to do is create an external association, as I noted earlier, with a character. Now the amazing thing about this is that psychologically this empathic association enables those suffering from debilitating traumatic symptoms to act and interact completely and fully with other characters, real or not. These actions are governed in a world of rules and limitations, but ones they have understood, can control to an extent and achieve in. And this experience of empowerment, when transferred back onto the individual is what can hopefully allow them to rehabilitate in the world that they were struggling in because the rules no longer worked for them due to the trauma they had experienced.

What games and VR allow is for individuals with trauma, anxiety, phobia’s or other mental conditions to fully immerse themselves and practice social interactions or daily activities in a safe environment, without fear of an attack, mental or otherwise, occurring to them.

One of the main subsets of CBT is Exposure therapy when dealing with traumatic experiences, especially with PTSD. Virtual Reality is the front-runner for this treatment, it has actually been the front-runner for the better part of 20 years. But now it is becoming accessible to a far larger pool of people. Exposure therapy is always conducted in a safe environment, but until VR, it relied heavily on the individual’s imagination and memory. With VR, the events can be recreated ‘fully’ to fully immerse the person in a first-person view of the environment, in effect completely exposing them to the event where the trauma occurred.

For PTSD sufferers, this often resembles what the majority of us know as first-person shooters, for obvious reasons. The sensory experience however for those with PTSD is much more pronounced though when immersed in virtual reality. “Skip” Rizzo, a researcher at the University of Southern California, has developed a VR experience that not only recreates the sights and sounds of theaters of war in Iraq and Afghanistan but also incorporates a machine that releases the correct smell when the visual coincides. This level of immersion is unbelievable when considering exposure therapy. Three senses that are so intrinsically associated with memory are all activated at once. And many individuals in the military who have undergone this therapy have had very positive outcomes thanks to it.

What this type of VR experience highlights yet again is that these can be tailored to the individual. You may not be a soldier who is suffering from PTSD caused by combat action, but someone who may have PTSD due to abuse or an accident. These VR worlds can be customized to you and your unique traumatic cues, to aid you in your therapy, in your treatment.

Within the world of the military though, as this is an area where so many individuals who suffer from PTSD go untreated, there is the concept of whether VR could be used as a preventative measure. We will have to see whether this is a possibility, or whether it enters the realm of desensitization.

What VR may offer the future though that is of benefit is increasing the ability to attend therapy or group therapy if you inhibited by geography or physical ability. You can enter the virtual world, and see and interact with therapists far away and others who have similar issues as yourself. That would a democratization of mental health care for who need it.

Something akin to this already exists in the world of the online multiplayer where, those who are afraid or unable to leave their homes can still benefit from social interaction, if only virtually. Massive online multiplayer is an excellent environment for this.

There are also organizations who actively help and expand the community of gaming for therapy and put people in touch with each other to help with the healing process.

Two examples in the United States where PTSD affects over 2 million people, are Stack-Up and Operation Supply Drop. These are privately funded charity groups, in Europe, you can more easily find a state or EU funded organizations who also offer community help to those suffering from trauma.

One question that will always pop up when discussing gaming and VR is whether it simply allows you to escape reality and just not address the underlying issues, to just ignore them completely. And this is a valid concern, and yes it can occur. Ignoring and hoping it’ll go away just by losing yourself in something else is not the answer to dealing with a traumatic experience.

What you always need to remember when considering gaming and VR as a therapy, is that they are simply therapeutic tools, they are not the cure. The healing process must start with you, and willingness from you or the individual. Assuming that the game can magic wand away the problem is naïve and dangerous and can sometimes lead to exacerbating the problem even further.

Another danger is believing that a VR experience is enough on its own. Maybe in the future when artificial intelligence is far further than it is now, then perhaps we can dispense with a therapist, in certain cases. But at the moment, for VR and gaming therapy to have any effect at all, you still require a trained therapist present to help facilitate the treatment. Not only to avoid possible dangers but also to reap the maximum benefits from this exceptional technology.

The final thought I want to leave you with is that these are all tools if you or someone you know suffers from symptoms caused by a traumatic experience, then they and you must want to seek help and acknowledge that you need it. Don’t believe what certain high officials and state leaders nowadays say, that seeking help is a sign of weakness. It takes a great amount courage to admit you need help, and strength is found in receiving and giving support to others.