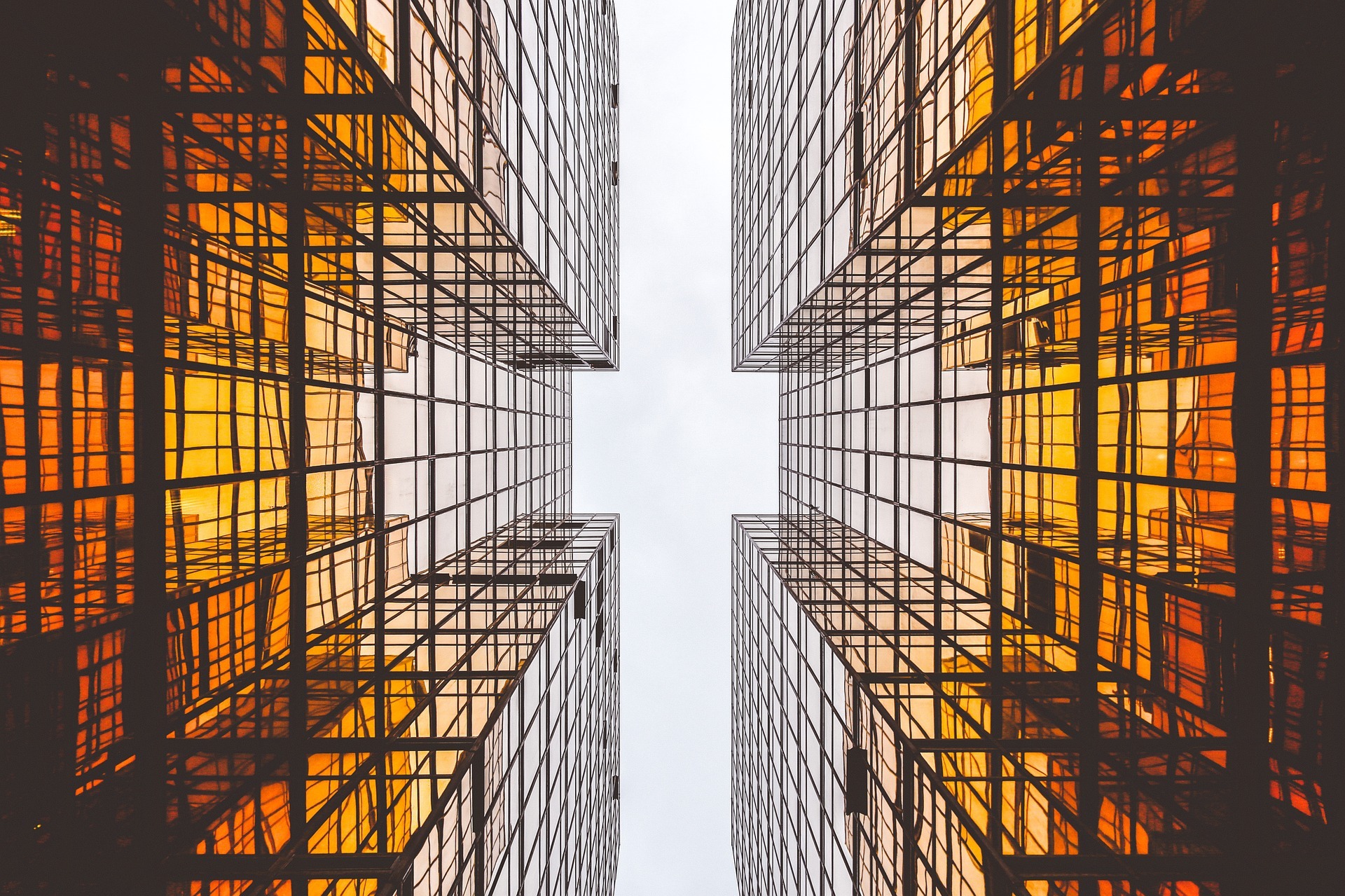 WOULDN’T IT BE GREAT IF YOU COULD MAKE YOUR BUSINESS AS ENGAGING AS A COMPUTER GAME?

A few months ago I came across a post from University XP on rogue-like games and how the concept could work in game-based learning experiences. Despite the post and concept being short and sweet, it intrigued me and I wanted to explore it in some way. Reflecting on it I found that the motivational lever of Mastery could be quite effectively explored through the lens of a rogue-like game. And with the release of our book Press Start: Using Gamification to Power-up Your Marketing, I thought that this might be a good piece to give some insights on the chapter about Mastery.

First, let’s have a quick explanation of what rogue-like games are for those that are not aware of what they are or for those that didn’t read the linked post. Rogue-like games get their name from the genre that was inspired by a game known as Rogue, unsurprisingly. An excellent modern example is the game Rogue Legacy, available on most major gaming platforms.

Rogue-like games are characterized as being very difficult, mainly in the dungeon crawler genre, and have the requirement of a single objective, usually that of saving someone or getting the treasure. Their main differentiator from other games is that if your character dies it’s permanent and you must start again from the beginning. Additional aspects are that the environments (dungeons) are procedurally generated, in other words, memorizing the layout of the dungeon doesn’t help as it changes with each death and new playthrough.

Now, your next question is probably that if character death is permanent and the environments continually change, then how on earth can mastery have anything to do with this? How do you progress if you restart completely from scratch every time?

Well, despite the new and procedurally generated environment, the games always have very specific consistent elements, such as: the rooms will always look and behave the same, gravity remains constant, tools your character uses still do what they should do, and monsters maintain the same characteristics and patterns in each playthrough.

Mastery is possible because it is a step-by-step progression and acquisition of skills that the player experiences in the pursuit of achieving a specific objective. Rogue-likes are thus a distilled version of this; on a mechanical level of learning what actions to do, and on an intellectual level of understanding patterns, recognizing them, and adapting to them as each variation builds on from the previous to the next one in terms of difficulty and complexity.

Before we get to the motivational lever of mastery, it’s best to explore and firmly establish what about rogue-like games makes them such a good lens to use and view mastery through.

Rogue-like games likely have one very recognisable aspect, and that is that they have a severe form of progress. Having permanent, or perma-death for a character and restarting is fairly punishing for a player. But what this mechanic does do very effectively is that it continually (re-)enforces each piece of learning that the player gains, right from the basics all the way to advanced skills. Each playthrough starts from the very beginning and continues onwards, and hopefully beyond the point of the previous playthrough. Game-based learning environments can thus incorporate this framework and scaffolding that rogue-likes incorporate to (re-)teach the basics to the advanced skills in very quick successive loops.

The learning is done through repetition, but this can be dangerous, as repetition can become boring. Anything with the word repetitive instantly brings up an unpleasant feeling in most people. The tedium of repetition is therefore mitigated with the procedurally created environments of the dungeon. As you, the player, re-learn the basics, again and again, you’re at least doing it somewhere fresh with the newly produced environments. Within a game-based experience, you need to think of the procedurally generated environment as a meta-abstraction. This can take the form of a changing narrative or that the experience takes place outside of the familiar; work for example. Workplaces are often where finite consequences exist, the change of ‘environment’ can then create an experience where a pseudo-infinite amount of opportunities are offered, facilitating a safe place to practice, fail and repeat until the player succeeds.

Another meta-abstraction that you may need to consider when relating the framework of a rogue-like to a game-based experience is, as in the example of Rogue Legacy, lasting bonuses, such as equipment or other types of power-ups. Player’s can gain these with playthroughs, and they persist beyond the death of the character. This mechanic exists so that the player doesn’t become disillusioned with the perma-death mechanic and feels that there is some reward for their efforts. In a game-based experience, this can be knowledge, but it would need to be highlighted to the player in a reflective manner so that they become aware of it. Alternatively, it can be something physical, such as a hint-card that the players gain for completing one challenge, and thus lowering the consequence of the next challenge, for example.

Consequences are however a necessary requirement in any learning experience. And the consequences with a rogue-like framework have a very distinct weight and meaning to them. With the possibility of character perma-death and having to restart from the beginning, players are very much discouraged from randomly testing assumptions and seeing if they get lucky. Concrete reasoning, deduction and analysis are encouraged, so that the player embeds their learning in an effort to move forward.

Rogue-likes do this type of learning in a very compact and immediate way, which is very suited to game-based learning experiences used in business and business education. Traditional summative assessment that takes place over long periods of time doesn’t really work in the corporate world very often. Mostly because they frequently do not have the time, nor allow learning from failure and tend to favour finite consequences, which are unhelpful when desiring improvement and innovation.

For business/-education, the summative assessment usually needs to be condensed, where trial & error can be done quickly and repeated often; Game-based Learning environments that use the rogue-like framework of focusing heavily on Mastery, are thus the best methods for delivering condensed forms of learning.

The strength therefore behind the rogue-like framework is how it processes the motivational lever of Mastery. Mastery is typified with gateways and gatekeepers, in gaming parlance this is the progression through areas, learning of mechanics and encountering bosses and the inherent boss-fight event.

Though mastery is not just about going through areas and obstacles and clearing them. Mastery needs to be coupled with a purpose, an objective in the case of learning and rogue-like games. Otherwise, if there is no purpose, the mechanics of repeat-die-repeat-etc. will become even more tedious, mind-numbing and ultimately useless in achieving any meaningful outcome; “…mastery is not just a route towards an end goal, it is overcoming obstacles in the pursuit of that goal that makes mastery so motivating for a player.” (Griffin, D. & van der Meer, A. 2019, p. 93)

The use of gatekeepers, or boss-fights, on a progression path is to force the player, or participant, to apply the knowledge and skills they have accrued so far in the experience. This is to embed the learning in the participant, once the knowledge is fully internalized, thanks to overcoming ‘the boss’, they will be able to continue to the next stage as it were.

One of the biggest benefits that rogue-like games highlight with the motivational lever of mastery is the instant, real-time, feedback system. Perma-death may feel punishing to the player, but it is a very clear and unmissable message that what you just did was not a path to victory, perhaps varying it or trying something else next time will have better results: “Any effective feedback loop enables players to build more successful strategies for how they approach situations, improving their competence at tasks, and their motivation to continue.” (Griffin, D. & van der Meer, A. 2019, p. 95)

One final aspect you must be aware of is what rogue-like frameworks get some criticism for, and that is their level of difficulty. Experiences must and need to be challenging to be meaningful in their learning. But they must not be so difficult that they dissuade the participant from trying again, there must be a glimmer of hope somewhere. Equally the challenge should not be so easy that the participant floats through without any real effort, they may be momentarily more motivated to continue because of the ease, but almost zero learning will have been embedded then.

Ensure that you have big gatekeeper challenges. The boss-fights need to be epic; this is very important because for the player the final challenge for a specific point of mastery, must be memorable.

To summarise the main take-aways of using the rogue-like framework as a lens for mastery is the simple and basic premise that allows for great flexibility and inherent complexity when transferring learning:

If you would like to learn more about motivational lever’s, gamification or it’s application to various other business situations, such as marketing, then please do have a look at our book: Press Start: Using Gamification to Power-up Your Marketing