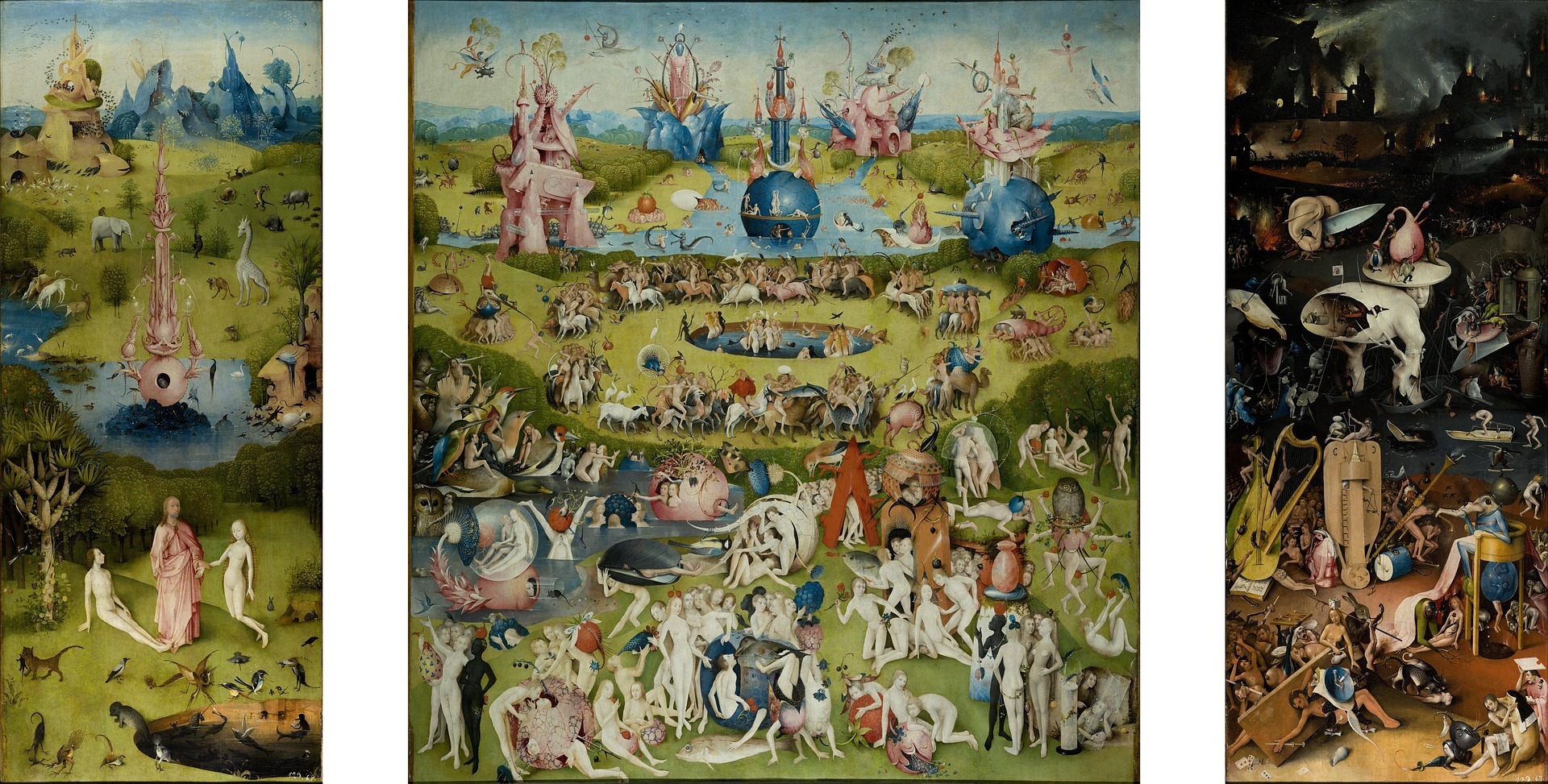 The immersive power of semiotic domains

One of the most powerful ways to engage your players in a game is to immerse them completely in a fully holistic environment and experience. The best way to describe something so all-encompassing in terms of a narrative, language, community and understanding is with the term: semiotic domain.

The concept of the semiotic domain is not something you will often come across in your daily life. The specific term of Semiotic Domains can be attributed to the works of James Paul Gee and specifically his book What Video Games have to Teach Us About Learning and Literacy (2007).

To give you an idea of what a semiotic domain is; it is a possibility space of learning that uses a system of ‘signs’ or semiotics. This ‘sign’ system should be understood as one that uses all modes of communication; visual, sounds, writing, speech, and so on. JP Gee gives the example in his book of two types of science students in a class. The first has a passive knowledge of Newton’s Laws for example. He can list them, but he cannot apply them. The second student, on the other hand, can both recite them, and is able to apply them, but also has the ability to manipulate them in order innovate and create new knowledge for herself. This second student has, therefore, become literate in the semiotic domain of “science”.

The benefits of entering something like a semiotic domain, according to Gee, has three distinct results:

As such this piece will mainly focus on the concept of the semiotic domain as an active learning environment; the steps of comprehension, (re-)production and innovation. In his book, Gee discusses over 30+ learning principles that can help transform learning for students in all walks of life and several relate to the concept of the semiotic domain. But these are too various to explore as well in this piece, so I recommend if you are interested in this then please do have a look through What Video Games have to Teach Us About Learning and Literacy (2007) by James Paul Gee.

What is the semiotic domain?

The most straightforward way to explain what a semiotic domain is is to say that it is a structured space, that describes and offers values for the quantity and quality of the features within that space. This at first glance may appear like a complex statement, but it really isn’t. All it says is that it is an environment (space) that has its own rules and language that helps create meaning, value and understanding for the things that are in that environment.

In essence, it teaches its participants, or players, that events, encounters and interactions within that space require an inherent understanding of the laws of that space. Once these individuals comprehend the rules and language of the space, they can then visualize methods in which they can intellectually engage and learn in and from that environment.

The space that these players enter is also an inherently social space. And with that, it intrinsically intimates the social rules of what is and what is not acceptable social practice with regard to the social group that has become affiliated with that domain, otherwise known as an affinity group.

Games are therefore great examples of how learning, thinking and taking part in a specific semiotic domain of a (virtual) world can aid and work towards making players more active in their learning interactions, rather than simply being solitary and parroting back root information. As Gee states in his book: “People cannot learn in a deep way within a semiotic domain if they are not willing to commit themselves fully to learning in terms of time, effort, and active engagement. Such commitment requires that they are willing to see themselves in terms of a new identity, that is, to see themselves as the kind of person who can learn, use, and value the new semiotic domain. In turn, they need to believe that, if they are successful learners in the domain, they will be valued and accepted by others committed to that domain – that is, by people in the affinity group associated with the domain.” (2007)

The idea of the semiotic domain is probably still an abstract idea to many of you. The science student example may have helped a little but probably not much when trying to imagine how to works within games or game-like experiences.

As the quote from Gee states, it requires time, effort and active engagement in a semiotic domain to get any value from it. Game-experiences have the benefit that they are seen as both challenging and fun, so the barrier to wanting to enter and learn about them as experiences have already been lowered. And once players have entered the world of the game-experience they become intrinsically motivated to continue to take part and learn of this world. Intrinsic motivation is essentially based on the three results listed at the start of this piece.

But how does this translate into a real-life example? Let’s use a popular team-based online game as a lens to explore how a semiotic domain works. The game lens chosen is the most popular game on Twitch.tv (at least according to viewer numbers when this article was written); Riot Games’ League of Legends, or LoL for short.

Using a game like LoL allows for an accessible framework to view how and what a semiotic domain is. In basic terms it allows us to identify three inherent parts:

This triad is what creates the intrinsic motivation in players and allows for the learning of the game and within the game experience. The triad also is supplemented with what is known as a ‘design grammar’ that players need to learn to be able to understand the experience as a whole.

Let’s look at LoL and how these 4 tenets of a domain, affinity group, situated meaning and design grammar fit into it.

To start with let’s explore how you enter the game, what is needed? To begin with, you need a general understanding of what the game is about, this is can be seen as the description or treatment of what you can expect from the experience. LoL is a 5-a-side team-based zero-sum game, where individual players control characters with special abilities on a playing field to defeat their opponents and win.

Next comes the design grammar, players need to acquire this knowledge to be able to take part in the domain and to communicate with others effectively and comprehensively:

As you can see, with each layer the game becomes more involved and more complex. A well-designed semiotic domain slowly and cumulatively adds knowledge for the player to learn, so that they do not become too overwhelmed too quickly. And that each piece of knowledge builds upon the previous piece. But as Gee stated, it will take time and effort to learn the grammar of the game (names, interactions, synergies and so forth). By learning this grammar and language players do automatically become part of the game’s affinity group, as everyone is now speaking the same language. These social interactions thus become an organic feedback loop as the player will become more engaged in the domain through this engagement.

Power of the domain

Game-experiences can benefit greatly from well-thought-out semiotic domains. In most cases, every experience has some kind of semiotic domain that organically appears. Wherever there is a specific terminology used to describe features and interactions, a domain is present.

For example, semiotic domains have always existed outside of games; hobbyists of all kinds use it, company’s use it, medical institutions, political parties, the military, even cults have a semiotic domain. The reason for naming all of these to show that there is nothing directly good or evil about utilizing a semiotic domain. Simply that there is a net positive outcome in the increase of intrinsic motivation for engagement and learning of that domain.

As we’ve shown with a game like LoL, the experience can very quickly become an immersive one as an individual starts to learn the ‘language’ that is exclusive to that game. This exclusive knowledge allows the entry to an exclusive and specialized group of people who share their knowledge and communicate solely in that language. These interactions then give value to the time and effort put into acquiring the knowledge of the domain, and the access gained. And what should be clear by now is that this becomes an organic self-perpetuating feedback loop for all the individuals involved.

The reason for the power of the four tenets of a domain, affinity group, situated meaning and design grammar is that when they are all combined, they allow for a structured space where learning, engagement and interpersonal interactions and connections can be fostered and perhaps even accelerated.

Hopefully, this piece has shown you that it is worth the time and effort as a creator to make a strong and holistic semiotic domain for your game-experience and for your players, so that can fully immerse themselves in that world.

In essence, it is about creating a comprehensive environment where every theme, object and challenge is consistent with the overall world where they are placed and with the learning objectives that you intended. And that this is done with an internal language and logic the makes sense and makes the experience more engaging and effective.