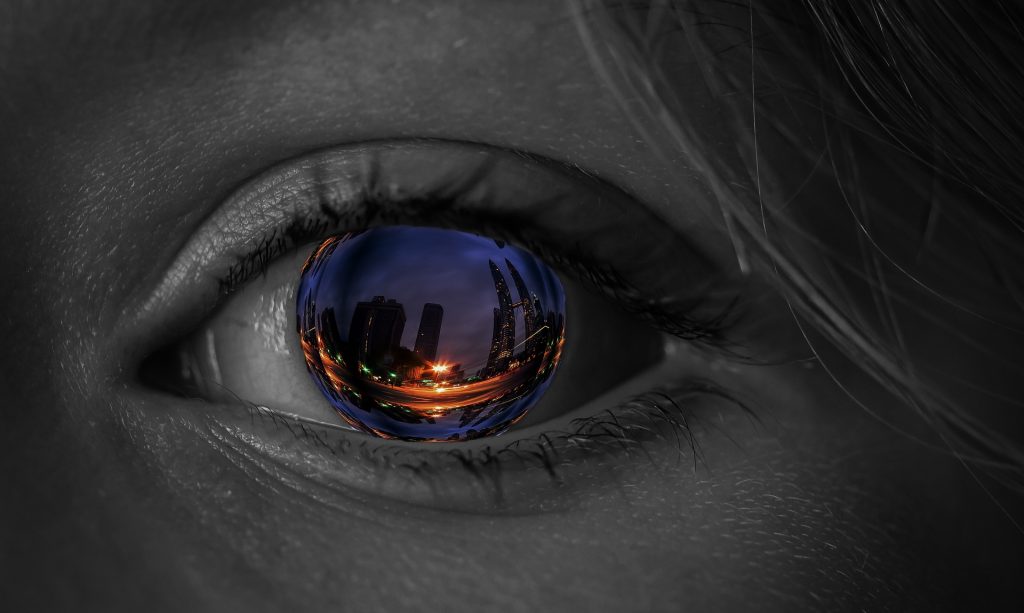 Can the Minimalist Storytelling of Dark Souls Help in VR?

Storytelling in virtual or mixed reality is the next great frontier for human narrative. Now I know there have been hundreds, possibly thousands of articles written on this. And I’ve read quite a few of them and I’d recommend you also read them, as many are full of useful information written by people who specialize in the field of narratology and are virtual reality creators. I, on the other hand, am but a humble filmmaker, a scholar of storytelling and an academic currently interested in game studies and gameful design. With that I thought to myself, I haven’t yet read or come across an article or blog that uses a successful game to explain how storytelling can be approached in virtual/mixed reality. If you do know of one, then after reading this piece, please do share it with me and the other readers, it’s always great to have as many viewpoints as possible, as no one person has all the answers.

So, to come back to the idea, I thought that writing a piece about how the Dark Souls narrative design works and how this is a fantastic baseline to use when developing a narrative in virtual reality.

But first I’ll need to address a few things for people who might be novices to From Software’s Dark Souls and to people who aren’t 100% up to date on VR and storytelling. If you’re one of these people then please read the next short paragraph, if you’re not, then skip ahead to the Blue Divider.

I won’t spend too much time on Dark Souls, if you are really interested in the game, then I suggest you consider it and read up on it, and perhaps even buy it. This channel EpicNameBro is one of the better ones on explaining the underlying story and lore and if you wish to buy then do Please use this LINK, it also helps to support me, thank you.

Briefly, Dark Souls, as the name suggests is set in a Dark, gothic world, where people are unable to die permanently, but the more they die and are resurrected, the less of their humanity they return with. You as a character are ‘subtly’ given the mission to go on a pilgrimage and discover the meaning behind this. From there are on you follow a grueling and cryptic journey through this amazing world. We’ll explore in the rest of the article how this sense of purpose and narrative are conveyed to the player.

Next up is Virtual Reality, if you aren’t aware of what this is, then I sympathize with you for having lived outside of civilization for the last few years, but Welcome back! VR is a 360-degree simulation of a virtual world. Where you the player or participant can move, and look in whichever direction you choose. And that is the most important part of it. You have the choice to turn your viewpoint to wherever you want. Now in games, this is common, in a film it’s impossible. But with VR we can join those two forms of entertainment in a new way. Storytelling determined by an immersed active participant, not a passive, empathic audience member. Here is a great blog about Storytelling in VR

Now to jump into how Dark Souls can be used as a baseline for storytelling in VR. First, we’ll need to briefly explore how storytelling is done in Dark Souls specifically, and how some of the mechanic’s work within it, and how these relate to a 360-degree virtual world.

Dark Souls’ unique way of storytelling is that it uses a method probably most closely related to the Transmedia concept of the Storyworld. Its story is spread across a multitude of various subtle little places and pieces of dialogue. In some areas, it’s the description on an item, in another, it’s a conversation with an NPC, and in yet another, it’s the way the landscape and scenery are placed. This method that From Software employs is what has been called an Opt-In Narrative. The player can choose to participate in the story, or simply move through the world and engage with the NPC’s as they see fit without being spoon-fed a story. An example of this perhaps speaking with an NPC at the player’s quest hub and hearing about a holy knight that went adventuring, but was lost in some long-forgotten forest. You, the player, then through your questing and travels eventually end up in a wooded area and discover an armored corpse. On it, you find a shield and sword, which as you inspect appear to have religious engravings and a short line about how holy knights would go on pilgrimages and explore the dark places of the world. All of that is there to be found but it is up to you look and explore it for yourself. If you choose not to, then at least you went to a creepy forest and got some cool loot.

The Scarcity of Knowledge & Virtual Immersion

This subtle way of storytelling that Dark Souls uses is ingenious really because it uses what I like to refer to as Scarcity of Knowledge. It requires an active player to fully entrenched and interact with the world if they wish to get the most out of it. It also promotes a level of replayability within the game. These are all things that are essential in creating virtual worlds in VR.

An example of Scarce Knowledge, or probably more commonly known as withholding knowledge is from J.R.R Tolkien. In the Lord of the Rings, Tolkien kept referring to heroes and epic sagas from a piece of scripture only then known as The Silmarillion. The Silmarillion was only published about 2 decades after The Lord of the Rings, leaving readers all that time to speculate and imagine what these sagas could be. This led to a far deeper entrenchment in the story then if they had been published together.

To achieve complete entrenchment and interaction, we need players to be able to do Three things when they enter a VR world. They need to Immerse themselves, to actually be in that place. Immersion is achieved through a sense of Presence, that they are there in spirit, and through a sense of Agency, that they are actively participating, that there are a cause and effect, that there are consequence and feedback to what they are doing. So, in the case of Dark Souls, by willfully withholding information, i.e. the story and the plot, the player needs to make the choice to engage with it. What this leads to is what has been termed as “Confluent Narrative” (here’s a video that describes this use in Dark Souls in a more literary manner: Storytelling in Dark Souls

For a narrative to progress, it will always need to be placed on some sort of rails system. The player will always be going from point A to point B to point C. Now the problem with VR so far is that with a 360-degree world, the player can look and move anywhere, thereby avoiding point B and C entirely if they so choose. The effect of this problem is that creators need to either come up with rather obvious methods to guide the player’s attention back to the rails or to create so much branching content for them to explore that it becomes ridiculously costly to develop.

The Dark Souls method of Confluent Narrative is switching that branching out narrative around to a branching in one, and incorporating subtle cues for the player to become aware of the story and continue on a path of discovery. The story is scarce here, the player is effectively in the dark. They are given the illusion of choice here, simply because they are unaware of the choice and its outcome/consequence. Anything they choose will be a surprise, even if they have limited choices. But if there are limited choices they can still make new decisions on another playthrough, they simply don’t have infinite choices.

This concept I need to highlight is key because the illusion of self-directed agency must be given to the player. The story still has a narrative arc, and it still needs anchor points. The agency is that the player needs to move through the world, with whatever choice they make. The player starts off with unknown limited choices, this needs to be given because unlike other mediums, games can block content. And in the case of Dark Souls, it can be blocked to the point of giving up from frustration, but the player can always choose another path. This blocking of content is beautifully explained by the Irish comedian Dara O’Briain. I’ve linked the whole piece as it is funny. But if the game blocks content how do you make the player aware of choices that are unknown to them. This is where the environmental storytelling of Dark Souls comes into play.

The world of Dark Souls, as I’ve mentioned before, is a Storyworld. The narrative is everywhere. It is a rich and beautiful world, and it guides the player to explore all the right areas. This is the abject genius of that world. It is by definition a very small world, and I realize that this technique cannot be used for every genre, but it is simply a baseline to start a thought process from. Dark Souls occurs on a single vertical experience, with sheer drops everywhere, either into nothingness in the air, or water or lava. This wonderful image gives you an idea of it: Dark Souls Map. So, the player really can’t explore laterally very much, they need to move upwards or downwards through the castles and crypts. They need to move through to the anchor points. They only realize this probably on a sub-conscious level. But through this vertical exploration Dark Souls is still guiding the player, a pillar of light hits an entrance just right illuminating it, a bauble, perhaps loot, flashes just at the right moment to be noticed, and an NPC is heard muttering and then seen weeping to just nudge the player along in the right direction. All of these are environmental story cues, converging the story as the player moves through them with agency.

It is this balancing act that is so crucial in VR, the environment as a whole, must be rich enough in visual storytelling that the player is never bored looking in a different direction, by the main story, the unknown rail system needs to be far more gripping to bring the player back to it, to want to explore it. And that is why if there is a sense of mystery around the story, the player will want to know why will want to explore. And most importantly of all, the player will use their own imagination to augment the experience, which is the most powerful tool to immerse someone in an experience, because then it becomes truly unique to them.