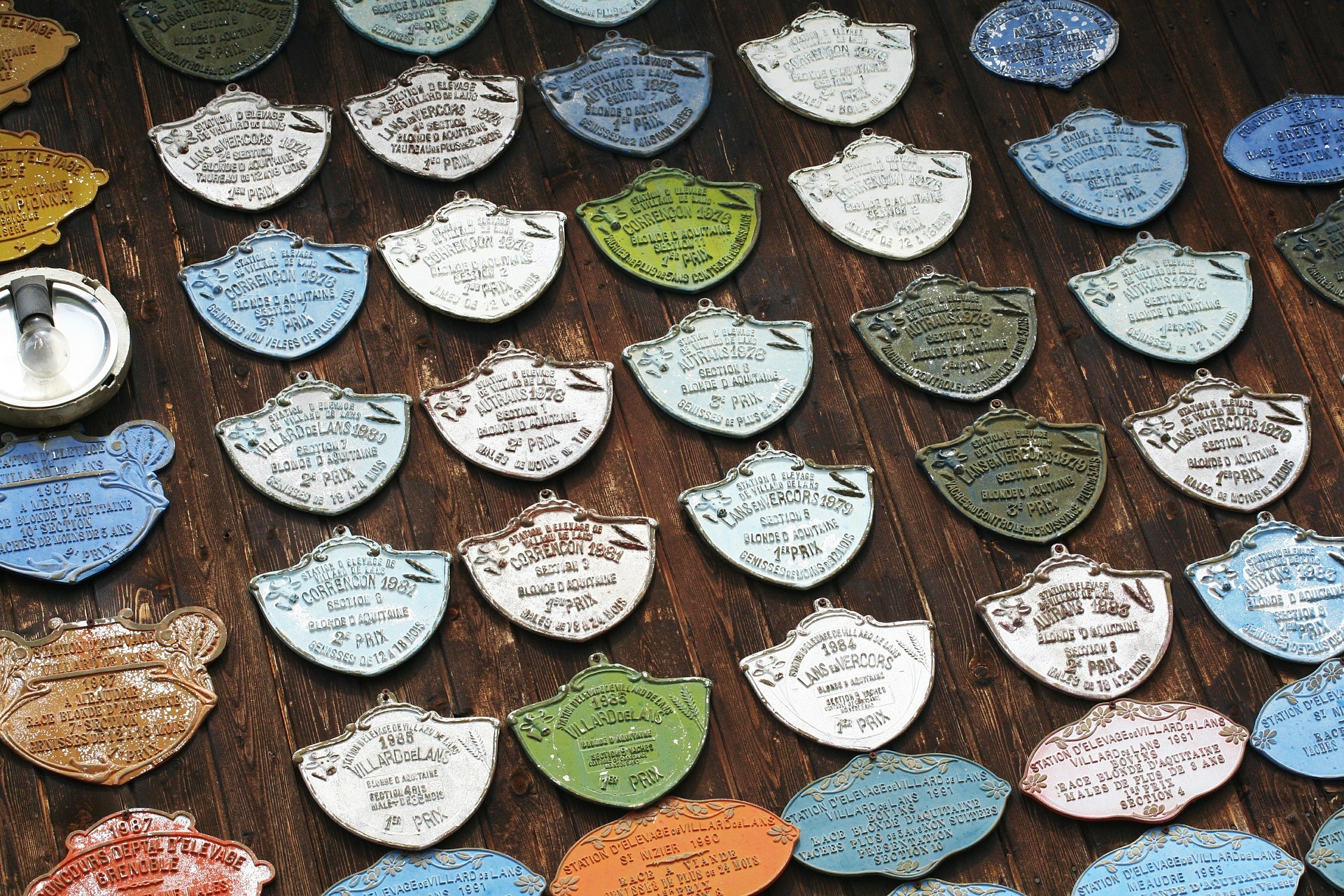 Rewards can be some of the most difficult aspects to get right in a game or gamified environment. They take time and effort, and most people when they create their concepts simply want to focus on the experience rather than the reward given at the end. Therefore, many choose to go with standardized automated systems. Simply create a small selection of rewards that are randomized and delivered automatically to the player.

For many off the shelf experiences, as long as the player does the desired action, the automatic system rewards them. And this is fine, in most cases. People enjoy receiving rewards for what they do, our brain is essentially wired for it. Unfortunately, though, if the process is too automated and the rewards standardized, so as to avoid too much cost, the process inevitably becomes discouraging and ends up having no soul.

Now, this isn’t true of every game, the more successful ones have obviously put in the time and effort to create appropriate rewards, even within an automated system. Though these automated systems are incredibly complex and have certain levels of learning capable artificial intelligence. Luckily that level of complexity is becoming more accessible every day. What systems like this can give you is that you are still required to create authentic rewards during development, but upon delivery, there is an intelligent automated, cost-saving, process.

The importance of authentic rewards is to understand your audience/customer base. Adding a personal touch to the rewards based on the research you’ve done mean more to the individual. It creates an emotional connection between you, “the giver” and them, “the receiver”. And as long as they are aware that there may be some reward they will return.

The reason they will return to you is thanks to the dopamine being released in their brain. As Nir Eyal has explained in his book “Hooked”, people experience a rush of dopamine at the anticipation of a reward. It is not necessarily the reward itself that causes the release, but the moment before receiving, in other words, the pleasure of the expectation of receiving it.

Therefore, as a creator, if you wish your audience to have a more positive pleasure experience from the anticipating and receiving your rewards, you must ensure that something of you and your research is in them. The problem we have at the moment is that too many companies are settling for the easy way out.

The problem that you face when automating a reward system is:

Automation can be used, but it does require research done correctly on the user base first so that you can create a database of appropriate, tailored rewards, that an automated system can choose from.

Your main problem from the list above though is the alienation of your player base. If they become alienated and disillusioned due to your lack of commitment in the rewards system then it’s basically game over for you. The issue that arises is that if the rewards are too similar in relation to the amount of work required, there will be those that “game” the system to receive rewards that require the minimal effort needed. And then there will be those that are honest and do far more work for those very same rewards.

In the end, your player will feel stupid for being ‘honest’, and this highly demotivating and depressing. This problem arose from the need to standardize and treat each person equally, which led to unoriginal experiences and rewards. Each person is unique and they enjoy being unique.

People at a very basic want to feel in control, they want to feel smart and they want it to be personal. And if your system allows them to take actions with rewards that let them feel like they are gaining skills and knowledge through appropriate effort, then this is progress. And progress is motivating.

How and why you should do rewards differently

There are many structures and methods that can inform you how you should approach your rewards system. Unfortunately, there isn’t one right system that fixes everything, if there were then standardization and automation wouldn’t have become a problem. No, you will need to look at which is right for you and your players. To get you started, I will go through a few that may help you down the right path for what you require.

What we need to make clear first, before we embark on our journey for finding the right path, is that rewards, anticipation, and motivation are all intrinsically linked. You cannot discuss, develop and enact one without the other. That said, many of the concepts that we will explore are essentially discussing motivational needs and wants and the anticipation of getting those needs and wants.

Therefore, the first one that links so nicely into this is (possibly) everyone’s favorite: Maslow’s Hierarchy. The various tier’s in Maslow’s Hierarchy can be seen as a way to easily break up what type of rewards require what level of automation. Unfortunately, this assumption is wrong. Modern society has developed to a point where the tiers are cannot be seen as an order of priority but rather than the tiers show the different variations required and how small the audience for standardization gets with each ascending tier.

If you add in Alderfer’s ERG theory and parts of Drive-Reduction theory, then you may start getting closer to a framework for rewards that fit more closely to how society is structured today. Though be careful with Drive-Reduction theory as it does not wholly explain the complexities either in most modern societies.

The next framework that is a definite favorite for a lot of people who create gamified environments is B.F. Skinner and Skinner’s box. What Skinner demonstrated was that rewards, even uninteresting ones, can become intensely interesting if they varied and delivered with an unpredictable pattern. This is one solution behind automation, but the rewards still lack soul, and the activity then becomes more about the anticipation rather than any worthwhile desired actions. The main danger with variable rewards is the danger of addictive behavior.

Skinner’s box has the inherent problem that what it creates within you players is a sense of exclusivity, or rather then sensation to avoid a perceived loss or to avoid exclusion, which if they fail can lead to negative emotions, such as distress and anxiety. These breed negative motivation to avoid those emotions.

A third framework concept is Incentive Theory. Traditionally thought of as one purely directed at Extrinsic reward motivation, but it can be altered for intrinsic use. We won’t require that for this as we are mostly dealing with extrinsic situations. The beauty of this framework is that there is conceptually a very clear distinction made between the positive rewards, which pull people towards them, versus the negative rewards which push people away from them.

As with the previous frameworks, it will help inform you more about how rewards can be better personalized and what emotional state they cause, such as euphoria or distress. The benefit of adding greater emotional weight to a personalized reward is that the individual also adds their own perceived weight to the reward. Making it more valuable in their eyes due to the investment they’ve made in acquiring/achieving it.

In essence, the final theoretical framework that I will suggest, the Expectancy Theory from Victor Vroom, fit in with this quite well. Within this theory, motivation is seen as a function of expectancy, instrumentality, and valence. Of importance here is the final attribute in the equation; valence, it denotes the perceived weight of a reward. If the reward is seen to be of too low worth (even if completely unknown), then no matter the expected effort of performance or the strength of whether that performance will be rewarded, will not motivate anyone enough to do the desired action.

This does bring us to the point that rewards must always be within reach, perhaps initially out of reach, but always with sufficient effort, they can be achieved. This is part Lev Vygotsky’s theories around the Zone of Proximal Development. Where the sensation of achievement, and motivation, are linked to the challenge inherent to the expected perceived reward. In other words, something this out of reach is demotivation and not worth the reward, and something that is easily within reach is equally demotivating and not worth it. It must be challenging, and the reward must be authentic and specific to warrant the challenge. A standardized reward would kill all motivation in such a situation.

Moving away from an automated rewards system to a more personalized created system is difficult. And with the frameworks of how to go about thinking about the psychology about creating these rewards, you’ve taken the first step. Though I find that is can be helpful to also split the rewards into categories.

We’ve already seen that Maslow and Alderfer are good starts creating certain reward categories, as long as you alter them for your needs and contexts. Another is Nir Eyal and his 3 categories of Tribe, Hunt, and Self, which link in partly Jung and my User’s journey framework that the Soul, Ego, and Self. Edward Deci’s intrinsic reward system also works with this, around relatedness, competence, and mastery.

However, Eyal gives the most applicable reward categorization that I have come across yet. I have altered it slightly for this piece but I find that it is helpful to think of rewards in terms of those that are:

Why these rewards will work…

The reason that these types of rewards will work as opposed to the standardized automated variety comes down to two facts: authenticity and personality. A level of authenticity and a personal touch conveys a feeling of caring.

Creating this social aspect of enjoyment around receiving a reward is what generates connection and I dare say loyalty in a creator-player community. A “communal” reward system creates better, positive experiences and stronger, longer lasting behaviors and motivation.

A great example of a human institution that has had a simple but very personal reward system for millennia, is the military. Soldiers do not receive grand packages but simply indications that they have achieved a higher rank. But the emotional weight and perceived importance behind the symbol, which is only given after extreme challenges are overcome and extensive effort has been exerted, is what gives it its true value.

As you can see, you may not need grand, complicated systems and rewards. You simply need to know your audience and what they expect. Make sure you deliver on those expectations but keep it just outside of their reach long enough that they make it worthwhile for themselves, and for you to reward them with it.