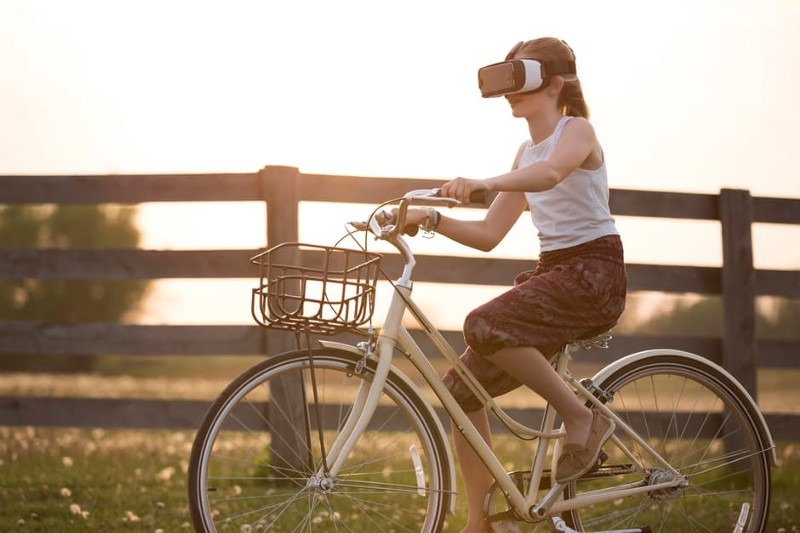 360 Video has been around for about 3 years now, maybe even 4 if you’re in the visual industry and had the budget to start early. But 360 Video is now getting more into the regular consumer level spending area. If you’re a regular person, like me, 360 Video is finally somewhere where we can easily afford it.

So, I thought it might be useful to write up a series of fairly short pieces on how 360 Video is changing storytelling in today’s world.

We’ll start off with that 360 Video offers you as a content creator and as an audience member.

One thing we will need to get out of the way first though is: What is the difference between 360 Video and Virtual Reality really?

Therefore, 360 Video is more akin to traditional storytelling, in that you are a semi-passive observer of a story being told to you. From a technical perspective, you need less expertise than with Virtual Reality, which really needs all the skills that come along with video game development.

This gif found on Vroom is a great visual representation of the differences between 360 Video and VR.

Avenues of experience for 360 Video

360 Video by definition is representing the real world, either through fact or fiction. It is live action, there can be computer generated images (CGI) inserted into it, much like with regular film and video, but overall the people and the environments can be found somewhere in some fashion.

This medium then is brilliantly suited for a few, somewhat specific avenues when it comes to storytelling, viewer immersion, and location-specific experiences.

Those who do not have freedom of movement

One of the most exciting avenues I believe for 360 Video is the ability to allow you to travel to places you possibly cannot go to. For those with physical disabilities, 360 Video may help improve psychological dispositions. It can allow someone who is in a wheelchair, either due to part- or full body paralysis to travel to remote regions of the world that are not accessible or require a great deal of preparation and money to visit.

A 360 Video experience can, vicariously, deliver the wonder and awe of the Victoria falls in Botswana or the Amazon river in Brazil to anyone. But for those without free movement, it delivers more, as the possible anxiety and financial issues of traveling to those areas can be hindering and may detract from the experience.

It is equally for those that are bedridden due to a terminal illness or other physical condition. Many of the concepts of full immersion for Virtual reality are still in the future, but the idea of a friend live-broadcasting an experience and you being able to be there with them “virtually” is already.

Much like in the Japanese Anime Sword Art Online with the Mother’s Rosario storyline, the younger character Yuuki is terminally ill but always wanted to see what it would be like going to school and walking through streets of a city. With what was possible at the time a piece of foresight, the characters in the anime develop a method of situated a camera on Asuna’s shoulder so that Yuuki is effectively there with them, as if in the flesh.

The emotional and psychological benefits of this type of virtual presence are currently being explored, but I have high hopes that it will help in the acceptance, support, and recovery of many people in very difficult situations in life.

Locations that are unsafe or dangerous

The current fad, as you may have seen, with 360 Video is allowing you to go to places you normally wouldn’t because they are either too dangerous or they frighten you as an individual. The overall newness of this will wear off with time, but the concept is sound and it will give a fantastic new avenue for natural science, nature documentaries, and journalism.

Some places that everyone wishes they could visit but are unable to due to safety or lack of possibility are places like Volcanic areas, deep sea diving in the Mariana trench, Arctic landscapes or the top of Mount Everest, or if you have a fear of heights, skydiving.

NASA are even developing experiences around the idea of being to move around the surface of Mars, from the comfort of your own home.

The more general usage may be found in curiosity and financial restraints. You may be fortunate enough to have freedom of movement but you simply can’t afford to kayak down the Colorado River through the Grand Canyon. But you can experience it in the meantime through 360 Video until you are able to afford it.

Or if you’re like me, who loves the idea of mountain climbing, but simply couldn’t deal with the heights, then sticking a 360 camera on an experienced mountain climber in the Andes is the next best thing.

It’s full usage of being there as an observer and safe are in the field of journalism. Journalism can benefit greatly from 360 Video, as the embedded correspondent can allow for unfiltered, undirected documentation of an event, such as a war zone, riot or celebration.

If you are familiar with film theory then you may have heard of the argument of the camera and the directed gaze. That the audience member is allowed to see what the person behind the camera has chosen to show you. This will disappear with 360 Video as you are now the person who chooses where to look and when.

The side-effect, of course, is that if you look the wrong way you may miss something, but you are no longer held captive by the directed gaze.

Experiences for the captive audience

You may not be held captive by the directed gaze, but unfortunately, you still are a captive audience member, much like in traditional video and filmmaking.

Cinema complexes may not have a hall filled with people watching a 360 Video, all with their own headsets. Though the infectious nature of hearing laughter and enjoying a film more because of the collective experience may be an interesting concept to pursuit with 360 Video.

Where this captive audience would benefit from personal headsets are in travel. Medium and long-haul flights can be tedious for many, and if you have children it can be quite taxing to keep them entertained for 4, 5, or even 12 hours in closed space. Putting aside the need for powerful computers to run Virtual environments on every seat in an airplane, being able to view a deep-sea dive around the coast of Australia may be enough to keep anyone of any age, content on a flight somewhere.

Specifically, for children, it may help with train and car rides to have a few 360 Video ready for them to visually explore.

Schools can also have a great benefit with this, imagine teaching your class about Rome or Athens, and having the ability that everyone places their headset on and is instant transports to the Coliseum or Parthenon. How much more your class would be engaged, they could even join an archaeological team entering the catacombs of some long lost ancient crypt.

And not just schools for children, but universities and other post-graduate institutions like business school can benefit from 360 Video. All for the very same reasons for offering more immersive, first-person experiences of events and landscapes.

The immersive, first-person experience is of definite note for marketers and brands. How much more brand identification could you get through placing the person in the middle of the experience your brand purports to offer. The individual could be in a Red Bull stunt plane, experiencing first hand a Red Bull Race. That viewer would definitely have a higher chance of exploring the Red Bull brand after.

Archiving is probably one of the more personal aspects of 360 Video. Not only archiving world events for future generations to experience. How would people in the future look at the Arab Spring if 360 Videos of it existed, where they stood in the middle of thousands protesting oppressive regimes?

But also, you would be to archive more intimate moments, such as weddings. What if your children could experience your wedding or that friend or family member who was unable to make it, they could see the wonder and magic of that day in a full 360 view. Even though they couldn’t actively be present.

360 Video has the potential to do a great many things, but it is not Virtual Reality. Like with any tool or technology you will need to think and be creative within the limitations of it.

It is unlikely that the viewer will feel that they are actually present in that situation, actively taking part. They will still be the semi-passive observer, more empowered in their gaze than the traditional cinema goer, but still a passenger to the experience.

Though this is not a bad thing necessarily, it simply requires more imagination within the medium. Simply remember that when you put on that headset and see that point of view of jumping out of an airplane; you are still you, you haven’t and cannot become the person that choose to skydive, you’re just along for the ride, even it is a visually thrilling ride.

I hope you found this piece an interesting read. I will be exploring more in depth aspects of 360 Video storytelling in the future, such as narrative construction, 360 mise-en-scene, 360 camera movement in a scene, audio and workflows. So please do return in the coming weeks to see how this series progresses.