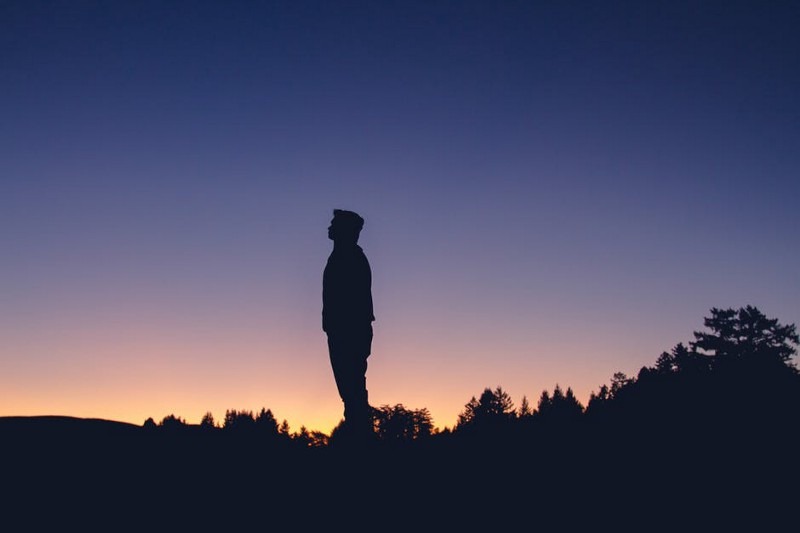 It used to be that when you mentioned the word or idea of an avatar people immediately assumed you were referring to a pretend character in a virtual world, which you used to role-play a different version of yourself. Then they assumed you were referring to that James Cameron film or the odd animation with the boy that could control the elements. All three are valid connections to make, but in our modern world the old Hindi word takes on a far more elaborate meaning.

Avatars are essentially an alternate or an extended identity upon the one we would assign as the prime identity. Traditionally we would have various “masks” if you will in our various dealings with various people and groups. Then the avatar was created as an extension of those masks in a virtual world. But the avatar is no longer consigned to just the realm of gaming anymore, but rather expands across every digital platform that we choose to inhabit. From gaming communities to social media networks, to gamified environments (such as the basic loyalty programs, or your LinkedIn profile, or Amazon profile).

This does highlight an interesting query though, is a profile an avatar? In my opinion, no. They do have similarities, but they are not the same. A profile is a simplified version of an avatar. I believe that the concept of an avatar is one where a profile has transcended its base function on the platform it is used. A profile is restrictive as it only offers a minimized reflection of yourself, it has no deeper connection beyond containing a name, a picture and some data about you. Whereas the avatar grants a level of personalization to it that gives you, the user, a stronger visio-emotional connection in the virtual environment in which you choose to create that incarnation of yourself.

The idea of the avatar also fulfills a want in every human, and that is they want to pretend and imagine. In games, we can be fantastical beings, but even in social media we choose specific things on our “profiles” and that is why I would say these have transcended to avatars. Instagram, Twitter, Facebook, etc… have gamified the platform to a point where we can try-out versions of our-self that we want others to see and/or believe. And each variation has a different connection to a part of our identity.

I quite like the idea that an avatar is a shard of your identity, that it is an aspect of you that you use to project yourself in a new world and use to understand that new world. It is for this reason that an avatar is a fairly powerful mechanic to use when trying to learn or teach. An avatar or an alternate identity creates links in learning and comprehension that are far more efficient than if they were done in a more direct fashion. When using an avatar, the experience becomes a sort of internalized vicarious one, that is somehow at once both removed but still personal to you. It, therefore, creates a better and more effective cognitive understanding in an individual than if they were to try and interact and learn directly. As James Paul Gee expresses it “The projective identity is the space in which learners can transcend the limitations both of the virtual identity and the learners own real-world identity.” (2007, pg. 63)

In part, this ability to slip in with ease using an avatar is due to the psychological perspective that an avatar allows a player to start with a clean slate in the environment that they’ve entered. But that they still have all the inherent knowledge that they’ve accumulated in their lives. This clean slate is then ubiquitous with everyone, no-one has an unfair advantage as it were due to socio-economic reasons. Beyond knowledge, all avatars are equal, no biases or prejudices. This is especially clear with fully functional avatars in video games, specifically MMO’s; “Video games recruit identities and encourage identity work and reflections on identities in clear and powerful ways.” (J.P. Gee, 2007, pg. 46). The player not only visually connects with the avatar in these worlds, but they start to emotionally connect. The player is actively building a parallel history with the character in that environment. Creating memories with it, being it and injecting it with their own hopes and dreams of what they wish to achieve in and outside that environment. (J.P. Gee, 2007, pg. 62).

The importance of multiple existences and exploration

We as people in a complex society have always had multiple masks that we wear for various situations. Avatars are simply those masks made virtual. As with the masks, the avatar opens a doorway for a new experience and more experiences. The great benefit is that an avatar allows the player to become an explorer, of not only spaces and environments but also of viewpoints. When you choose to take on a new avatar, you open yourself up to a new world, when you can pretend to be something else and perhaps learn and understand other perspectives.

A great reference of this in pop-culture is from The Matrix (1999), a film and narrative filled with the extensions of virtual and projective avatars. What the avatar of Neo allows in the world of the Matrix is that he can remove his biases, prejudices, preconceptions, and as Morpheus says to him “Free your mind”. The avatar allows us the option of leaving behind certain baggage and taking a leap of faith to something else. As long as we believe in that avatar, and invest in it sufficiently.

Time & emotional investment in your avatar

Sufficient investment of time and emotion is a necessity when it comes to avatar creation and maintenance. If the process of creation is too minimal then there won’t be enough of an empathic connection with the personality shard that the player has placed within the avatar. But I do appreciate that the luxury of allowing an involved and complex creation isn’t always viable. So how do you create a strong connection in a short amount of time?

Well one place to find inspiration in is within the realm of role-playing and narrative. If a strong enough narrative can be created for an avatar, then using “punishing” experiences to develop the emotional connection is a good starting point. Unfortunately, there is no go-to handbook of what difficult experiences to use for your specific environments. But what you must remember is that if it is challenging enough that requires a high enough level exertion from the player, with a real consequence, then the player’s connection will naturally and organically strengthen with their avatar.

Be wary of creating too punishing of an experience as a designer. It’s all well and good to push the player, but if the connection isn’t strong enough yet then the player will become discouraged. In that case, the player believes that there is minimal to lose, and the outcome you achieve is player alienation. The difficulty of the challenge/experience must be just right that they continue to invest, but this can only be discovered through trial and error.

On the other side of the coin is a world where the player has enough time to develop their connection with an avatar. But time isn’t enough for that development, the player must have a reason to care. And as with an accelerated timeline, even the slow one must have intelligently dispersed challenges for the player to overcome. As the player spends more time with their avatar, they naturally become more connected, but to keep them returning there must always be a consequence, somehow their investment must be threatened to strengthen the emotional connection. But remember to threaten, and not destroy, otherwise, you’re back to player alienation.

The benefit for you and the player, once they overcome a particularly difficult challenge, is that the player’s sense of empowerment, euphoria, and eustress at improving and strengthening their long-term avatar (identity shard), will motivate them with the anticipation of continuing this trend. This psychological element and loop of satisfaction and anticipation are incredibly strong; as the player continues they will eventually create an empathetic projection onto their characters which in turn leads to an empathetic resonance with the actions and course that the player causes the virtual character to do and take. (J.P. Gee pg. 53). This is the empathetic loop within a well-invested player avatar.

Killing off, removing or deleting an avatar should be avoided where possible. Regardless of time invested, it is always demotivating for a player to lose their identity shard. It naturally depends on the gamified experience, but as a general rule of thumb, I would advise against any sort of permanent oblivion for an avatar.

If for some reason your environment does have a mechanic of death, then it would be wise include a method of resetting or resurrecting. Though also this has its dangers because if it is done without consequence the experience will also diminish in meaning. As the player, even as an avatar, must always have a sense of self-preservation, and then acting with wild-abandon in any environment has consequences associated with that behavior.

But it is worth remembering that loss and avoidance of loss are incredibly strong motivators. Hence the method of punishing experiences and threatening avatars is still valid. Just the next step of removing them existence is generally not a welcomed experience for any player.

An avatar or identity shard is a powerful tool and mechanic to have in your gamified experience. It connects the player in a far more intrinsic way than a simple (text) profile. Having a visual manifestation of what the player would like to within that world fixes them to it.

And through this manifestation, their ability to learn and absorb the rules and knowledge of that world are improved, and perhaps even accelerate. And the added benefit for you as the designer is that they have an organic and healthy loyalty to the world that you have created. As they have chosen to invest time into it through their own free choice of exploring with the avatar and creating memories with it, and hopefully with avatars from other players.