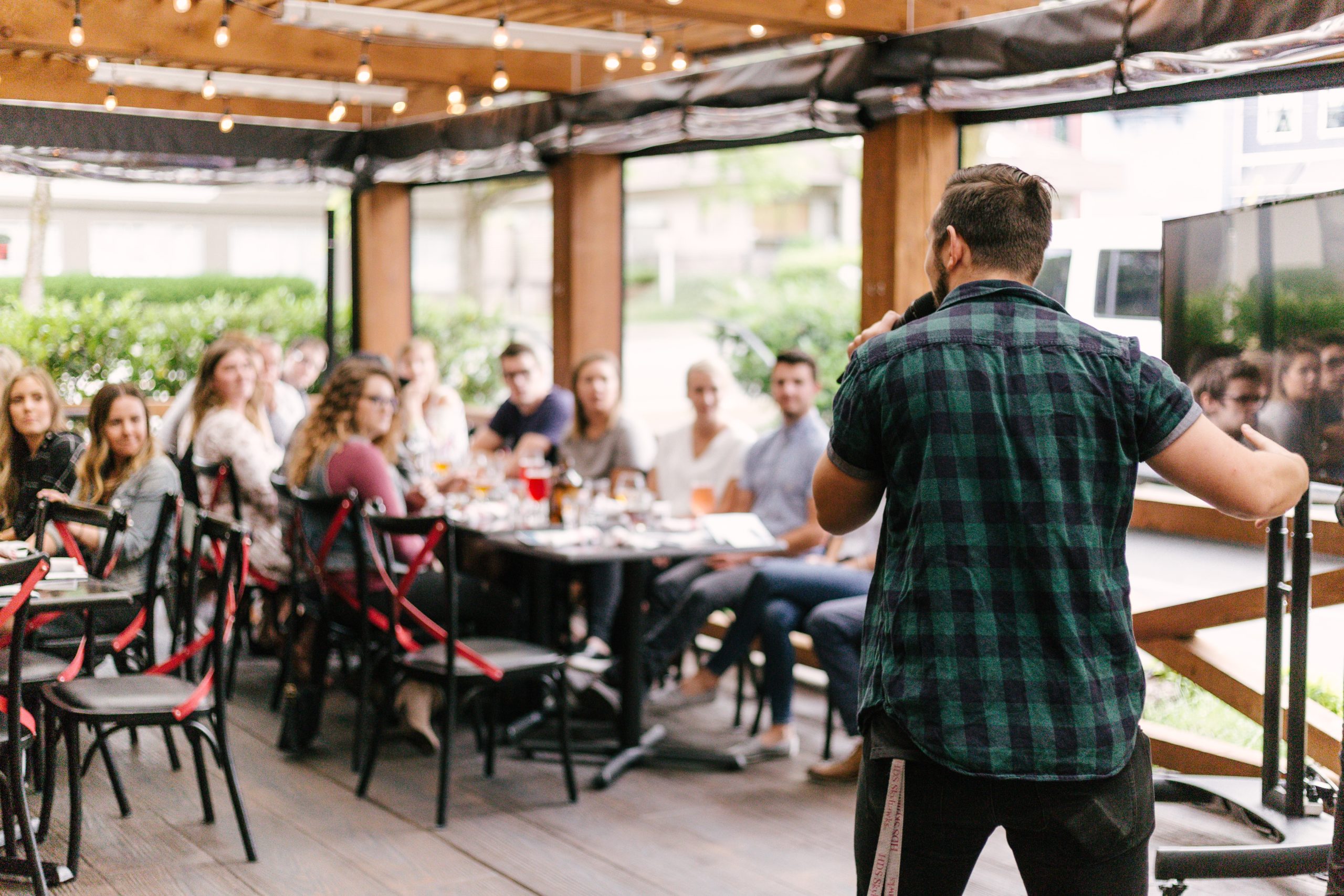 Watching or reading the news, social media or any public outlet these days, immediately lets you see that the world is filled with those that misunderstand each other. Somewhere in recent living memory, we all minimized our interactions with each other, in favor of passively observing and taking at face value that which is presented to us.

Though this is a large subject that I cannot hope to solve in a single post, but as many regular readers may know, I do try to offer small steps in which adding a bit of play and enjoyment to your life can help you and others near and around you to improve the world, one step at a time.

Many areas in our lives can be enhanced and remedied simply through better and improved social interactions with each other. A willingness to listen and learn from each other can solve a large number of issues. But many don’t or possibly rather, can’t do that. Perhaps individuals aren’t willing to listen not because of some deep-seated issue, but they simply haven’t had the opportunity to create positive experiences where they were allowed to practice and test valuable social skills.

In this piece, I want to delve into another way in which creating alternate reality games (ARG) and allowing players to role-play (RPG) within them can facilitate positive social interactions between players. Creating and building make-believe worlds where people can pretend in and practice without issue.

We learn social play as children, it is usually some sort of agreed upon communal structure (if only unconsciously among children), it’s done with others and it requires elements of imagination and pretend. Somewhere along the way to adulthood, many of us move away from social play favoring rather staler and more contrived social interactions.

Yet we can still have social play, even as adults, within the realms of the fantastical, when using ARG’s and RPG’s. Both of these game types are experience’s that have rules, structure and what we all seem to need in adult social interactions; a person who plays a type of referee for the rules and structure – the Game Master.

Obviously, the ARG and RPG are still contrived social interactions, but at the very least they are not stale, if done well that is. Within them, depending on the theme and objective of the game, your players will be able to pretend to be different persona’s, if they so wish, and practice and experience what these personas would do through the medium of play.

The beauty, ease, and low cost, that a role play experience allows is that players are able to practice situations and actions with fewer consequences. If the outcome isn’t what they desired, then at least they can always try again later, or in a different way. Too many of the situations in modern society do not allow for failure and offer no opportunities to practice. The expectation is often that you must be an expert straight away, and then be admonished for not meeting that expectation.

There are two great adages around practice and pretending – “practice makes perfect” and “fake it ‘till you make it”. There is an idea from the psychologist, psychotherapist Alfred Adler, that revolves around the concept of “As-If” (based on writings by Hans Vahiniger). The concepts, in short, are fundamentally that through pretending to be as-if, you are what you desire to be, and that ultimately through (positive) reinforcement you achieve that desire.

In essence, if you are in a (safe) environment that allows you to practice what you wish to be, you will eventually be that version. Now you may think, well if you role-play a famous Film Producer or an ax-wielding dwarf, the likelihood of either is fairly low (if not metaphysically impossible). The notion with the “as-if” is more around the persona rather than the “character”. Is the famous Film Producer role one where you practice self-assurance, directness, being brash and pushing through until you achieve your goal? Well, that may be something you want to be more like in your everyday life.

Alternatively is the ax-wielding dwarf a courageous and kind-hearted individual that always lends a helping hand no matter the situation and without expecting any reciprocation? Again those that wish to be outgoing and work as volunteers may want to practice that persona.

When stepping into the make-believe worlds of ARG’s and RPG’s, it is not only inhabiting a persona that you aspire to be, it is also about stepping in to personas with different points of view, and with possibly different life experiences. The ability to pretend offers and creates insight, which is possibly why social play is something that comes so naturally to us at such a young age.

Practicing a type of character in an environment of social play brings to the surface the various social skills you need to continue within that space. And beyond that when you take on a different point of view from a persona that you inhabit, you practice empathy and tolerance. As so strikingly said in this Ted Talks video from Ethan Gilsdorf, role-play, if done right, is the space where the self and the ‘other’ intersect, creating a bridge of understanding between these two entities.

And with the insight that you gain from this intersecting-bridge point, players can start to model certain types of behavior – how they should behave if they find themselves in a given situation, and also learn what the implications are of that behavior. As children in social play, we learn that teasing is negative behavior and has negative consequences. And through the play we learn and model behavior that has more positive outcomes, yet somewhere along the way to adulthood, some of us either forget and/or have lost the opportunities to practice more positive behavior models during their daily social interactions.

In the professional world of adults, many of these daily social interactions are about collaboration and teamwork. In a previous post, I discussed how to accelerate collaboration through the use of ARG’s and RPG’s. Even though some people may be disadvantaged when it comes to social interactions, these games allow for quick, easy and effective environments for people to practice those skills safely. And as anyone who has played ARG’s and RPG’s knows, the people and teams that appear in them are incredibly diverse. Not just the players, but the persona’s that the players create. The amount of diversity ‘training’ that comes from make-believe scenarios is brought to the extreme, and for these teams to be successful, they need to learn to work together. And the dominant outcome from a social exercise/experience such as this is the promotion of reliance and trust among players.

We are communal creatures, we seek and crave positive connections and interactions. And learning to be better at social interactions through enjoyable games such as those provided by the ARG and RPG genre’s is the best of both worlds.

If you enjoy an experience, it better cements the learning and practice even better, then more ‘traditional’ methods. Combining elements of storytelling, low consequence environments and relaxing (low stress) experiences all lead to conducive learning environments where we can all practice to better understand each other and build a better place to live with each other.